Leave your details below and we'll get in touch! Alternatively you can also make a written enquiry via our Contact form.

Sometimes it is true that you don't know what you've got. ​Till it's gone. Music aficionados will recognise that line from Joni Mitchell's 1970s hit Big Yellow Taxi. 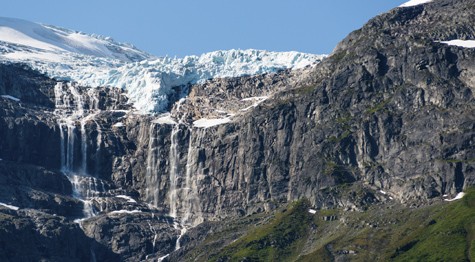 There will be many lessons we learn from the COVID-19 pandemic and its impact on our lives and our investment portfolios.

Few people will view risk – be it to their health or their investments – through the same lens again.

Rewind to the early days of a bright new year in January. The notion of a global pandemic that would infect more than 7 million people and result in more than 400,000 deaths (to date) and shut down large parts of the economy would have belonged firmly in the realm of Hollywood disaster movies rather than something you or your super fund had reason to worry about.

Liquidity is one of those things that investors – both professional and individual – can take for granted particularly after an extended period of relatively strong growth in investment markets and in Australia's case, no economic recession for 29 years.

Large superannuation funds have been part of the public debate on liquidity in part because of their need to rebalance portfolios affected by the drop in market values but also because of the wide-ranging package of support measures initiated by the Federal Government that included varying the criteria for early access to super up to $20,000.

But it is not just large super funds that will be rethinking their approach to liquidity. Self-managed super funds also need to factor in the need for liquidity – particularly when they are approaching or indeed are already in the drawdown or pension phase.

Superannuation, by its nature and design, is a long-term investment. So liquidity can be traded off to a degree when the funds will not be needed to be drawn down for 30 or 40 years. Accordingly, for those SMSF trustees in their 30s or 40s liquidity is more an opportunity than a risk.

However, if you are approaching retirement the situation shifts significantly. The purpose of super is to provide the income to fund or supplement your lifestyle once the regular paycheck has stopped.

How you manage your funds' liquidity is always important but becomes critical when you hit the pension years because it is your responsibility as the trustee of your SMSF to be able to pay expenses of the fund and benefits to members as required. The liquidity challenge for an SMSF that is invested in one illiquid asset such as property can be dramatic when things do not go to plan.

There are a variety of strategies that specialist SMSF advisers deploy based on an individual's circumstances. But there are a number of risk areas for SMSFs in particular those with concentrated direct property portfolios.

Last year the Australian Tax Office sent letters to 18,000 trustees of SMSFs asking about the diversification within the fund's portfolio – the letter was sent to funds that had more than 90 per cent of their fund's assets in a single asset class – typically a property.

The ATO was not saying you could not invest everything in the one asset class – it just wanted trustees to be sure they understood the risks – particularly if limited recourse borrowing was involved – on return, volatility and liquidity and a properly considered investment strategy.

At the time there was commentary around whether it was a proper role for the ATO to ask such a question; for trustees that heeded the warning about the risks of lack of diversification and the potential liquidity risk it was prescient indeed.

An iteration of this article was first published in The Age on 13 May 2020.

Written by Robin Bowerman
Head of Corporate Affairs at Vanguard
19 May 2020
vanguardinvestments.com.au 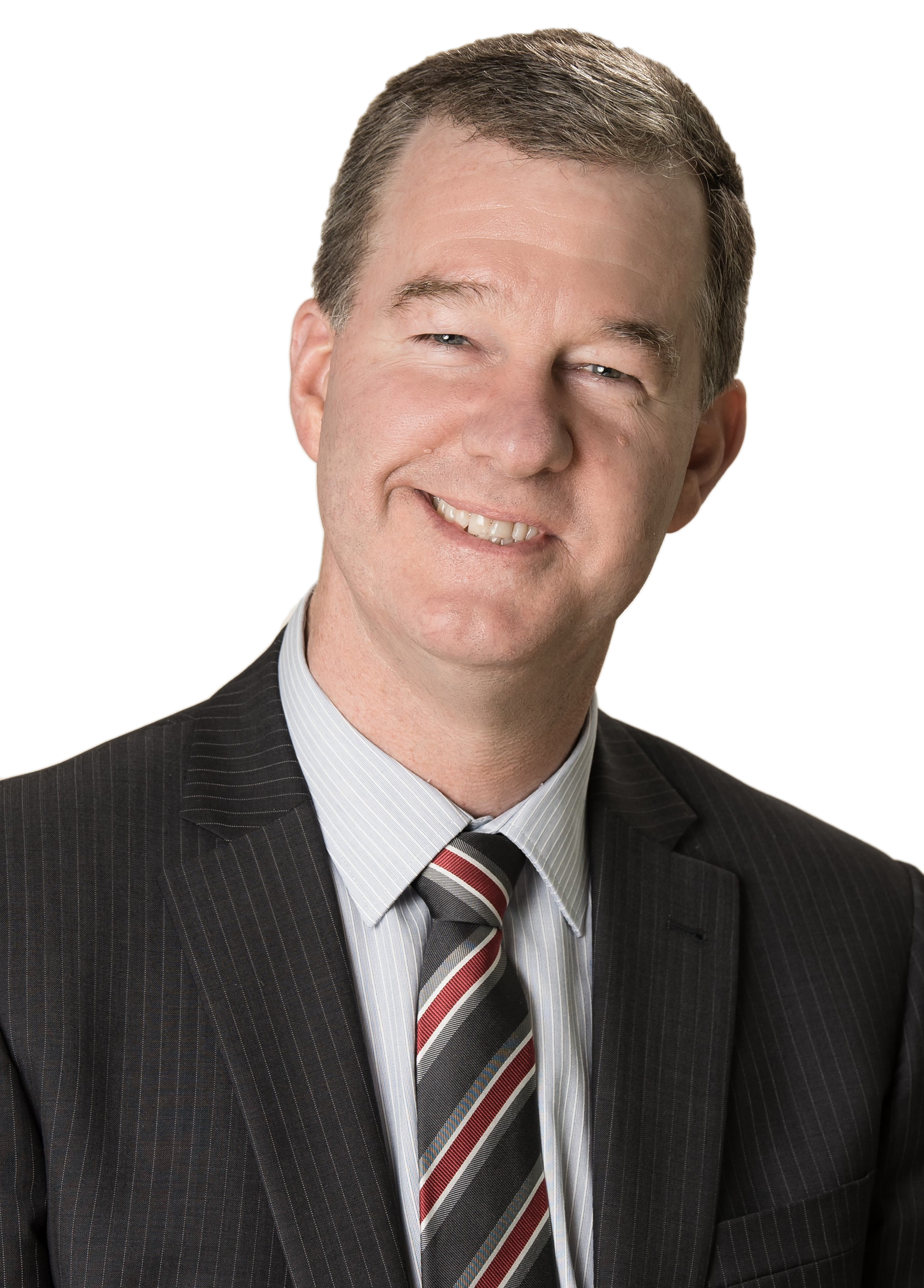 David has been in the Financial Services Industry for nearly 30 years. He was one of the founding Directors of the successful Financial Planning and Stockbroking Practice, Henderson Gregory Forrest, for a decade. Prior to that, he held senior roles in companies such as ING, KPMG Accountants and AMP. David was previously Chairman of OAMPS Superannuation Trustee Board and currently serves as an independent Board Director for several companies.

David’s extensive experience in all forms of superannuation, including Self Managed Super Funds (SMSF), Defined Benefit Funds, retirement funding through Account Based Pensions, stockbroking with a focus on Direct Share Investment, Taxation/Remuneration Planning, Centrelink, Aged Care and business management, equip him to advise expertly on all aspects of Financial Advice.

Those with a particular interest in superannuation/SMSFs, direct share investment, salary packaging or applying for the Centrelink Pension will find his knowledge and ability in formulating and implementing creative, logical and simple wealth creation strategies a valuable asset. 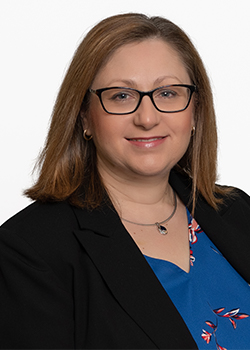 Michelle’s career has spanned across the Financial Services, Retirement Living and Aged Care industries working in the private sector, not for profit and more recently with the state government for over 20 years. Her experience extends to many facets of the financial services industry, having worked in superannuation administration, technical support and financial planning practice administration.

Commencing with AMP and subsequently working in commerce and accounting roles with companies such as Brambles, Adelaide Bank Retirement Services, ECH Inc and SA Health and Wellbeing, Michelle returns to financial services after working in practice financial management at Henderson Gregory Forrest. This wide range of experience from senior accounting and management roles has provided Michelle with a strong background in business administration. 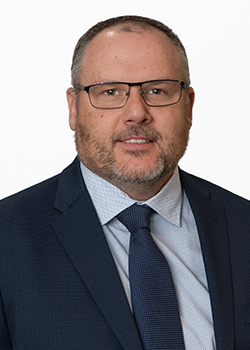 Darren joins the Integrity team as a strong technical specialist with almost 20 years’ in the Financial Services industry. He has extensive experience advising clients on how to build and protect wealth, prepare for retirement and retire comfortably.

Commencing with advising clients on direct equities for over 10 years at Baker Young, Tolhurst Noall, and ABN AMRO Morgans, his career expanded to providing holistic client advice, having operated his own financial services licence and company. Most recently having worked for a 'Big 4' bank, he has welcomed the more personalised ‘client first’ approach that is evident at Integrity Financial Advisory.

With a deep understanding of investment markets, he is appropriately qualified and authorised to provide direct share advice, as well as superannuation/SMSF advice, encompassing both investments and insurance.

Meticulous in his approach, he aims to deliver quality outcomes for clients by understanding their financial situation and needs before providing advice which is central to our advice process. Darren supports David in tailoring solutions for all client financial advice needs. 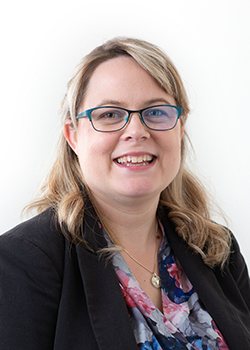 Natasha commenced working in the financial services industry in June 2008 and is a new addition to the Integrity team. During the past 11 years, she worked closely with advisers providing administration support in a share broking and financial advice business.

Having successfully completed her RG146 accreditation in securities and managed investments and continued her studies to complete her competency in Superannuation, Natasha can ably assist with all aspects of fixed interest, cash management, portfolio administration, direct shares and client advice implementation.

Natasha takes time to ensure she understands our client’s financial goals and needs and believes in creating, preserving and utilising wealth through effective financial management as a key objective in helping clients. 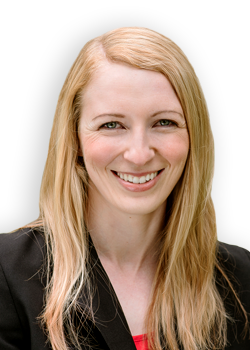 Kelly has worked in the Financial Services Industry for over 10 years and has supported David since 2013. Kelly’s primary background is in customer service and administration.

On starting in the industry, Kelly initially focused on direct shares, stockbroking administration and client liaison. Since moving to the Client Service Manager role, Kelly has developed skills encompassing all aspects of financial planning including client advice implementation and term deposit management.

Returning from Parental Leave following the arrival of her second child, Kelly has developed further honed multi-tasking skills after juggling the demands of a growing family. 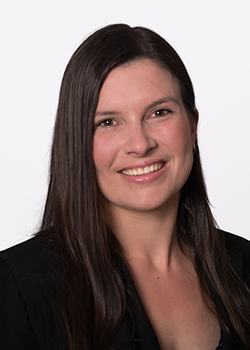 Jasmine has worked in the financial services industry for over 12 years in all areas of client administration, working with David since 2013.

Jasmine has extensive knowledge and experience in client service including implementation of advice, portfolio reporting, assisting with the establishment of Self Managed Super Funds (SMSFs), term deposit management and a long history of helping clients with their enquiries.

Jasmine’s attention to detail, yet gentle approach, means she is able to solve the trickiest of questions for our client community.

Jasmine has gained her Certificate III in Financial Services qualification. 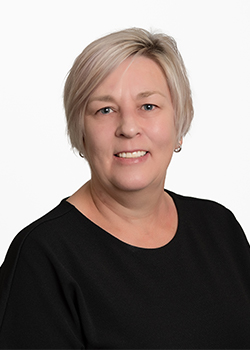 Merrilyn has worked in the financial services industry for over 11 years in all areas of client administration, and is a new addition to our client services team, returning from Melbourne to join the team in June 2019.

Merrilyn has extensive knowledge and experience in client service including implementation of advice, managed fund administration, assisting with the establishment of Self Managed Super Funds (SMSFs) and process improvement for the previous practices she has worked with. Merrilyn’s experience with direct shares constitutes the other part of our administrative support for direct equity investments.

Merrilyn’s warm and caring nature continues to endear her to our clients and she has already established herself as a valued member of our team.